Dry Ice and the Problem of Rats 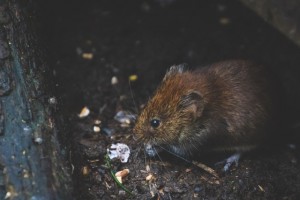 The fight for dominance between men and rats is an ancient war. A few years ago, in 2015, major cities in the United States, including Chicago, New York City, and Washington D.C., saw an alarming rise in the rodent population. This was when dry ice came onto the scene and changed the industry forever.

The Rise of the Rodents

2015 was only the start of an ever-increasing surge of complaints from city dwellers. Rats were growing in population to the point that there seemed to be as many rats as there were squirrels. All agreed that so many rats was not good hygiene for a city. Many agreed that the only way to lessen the rat infestation was to kill rats.

While traditional rat poison seemed the natural option, it proved to be far from ideal. Other species, especially birds of prey, were at risk of getting killed from eating rats that had been poisoned. Some of the hawks cherished in New York City, in fact, died as a result. However, when the cities began to use dry ice, victory was won. By putting dry ice pellets into rat burrows and burying the entry holes, the cities were able to suffocate the rats in a non-toxic way. When the dry ice (solid carbon dioxide) sublimated (turned into a gas,) the rats would inhale this and go to sleep. The number of burrows greatly decreased, and the problem was on its way to getting solved.

The EPA (Environmental Protection Agency) spoke out in 2016 against the practice. Dry ice was not registered as a legal rodenticide in federal law. Despite the benefits dry ice had over regular rodenticide, using dry ice in this way was not allowed. Yet the cities’ demand for dry ice as a rodenticide continued with vigor as rats still abounded.

At last, in the same year the EPA approved the use of dry ice as a rat killer. In 2017, Rat Ice became available to city workers to use through the manufacturer called Bell Laboratories, Inc. Now the major U.S. cities can use this safe and effective method to keep the cityscape more hygenic. While New York City is implementing this technique, D.C. is attempting to feed the rats birth control aids to keep the population down.

Dry Ice Use Continues On

Although U.S. cities are managing the rat problem better now, over-the-counter dry ice rodenticide is out of the question for civilians, as it is still not legal. Even so, dry ice continues to be a major player in the food shipping, industrial cleaning, entertainment, and education industries.

Dry Ice For All Your Needs

Dry Ice Corp is the largest regional supplier of dry ice and related products in the Northeastern United States. Our dry ice is fresh and delivered right to your doorstep. We are happy to help you determine the best way to ship your goods, whether you have a huge amount of cookies or a single pie, and help you select the perfect amount of dry ice for the job. Give us a call at (201) 767-3200 or contact us online for a quote. To connect with us online, be sure to follow us on Facebook, Google+, Pinterest, and Twitter.