Where Did Dry Ice Come From? 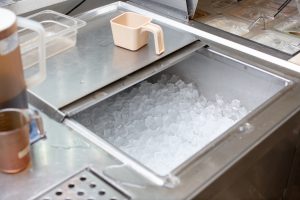 This blog discusses the history of where dry ice came from.

How did dry ice come about? It is said that French chemist Thilorier was the first individual to record the solidification of carbon dioxide, known as dry ice. In 1835, Thilorier opened a cylinder containing a significant amount of liquid carbon dioxide. However, once some of it evaporated, it left behind a solid dry block at the bottom of the container. Keep reading to learn further more about the history of dry ice.

After the discovery, others conducted experiments and commercialized dry ice. In 1897, a patent for the solidification of carbon dioxide was granted to Herbert Samuel Elworthy. He was a doctor in the British Army Medical Corps, and his goal was to create a soda water mix with his whiskey!

In 1924, Prest Air Devices also attempted to sell frozen carbon dioxide to numerous railroad companies for cooling instead of regular ice. Due to its cooling power, the railroad companies built the dry ice production plant in 1925. Soon after, the company became Dry Ice Corporation of America and trademarked “dry ice.”

Dry Ice for All Your Needs

Dry Ice Corp is the largest regional supplier of dry ice and related products in the Northeastern United States. Our ice is fresh and delivered right to your doorstep. We are happy to help you determine the best way to ship your goods, whether you have a huge number of cookies or a single pie, and help you select the perfect amount of dry ice for the job. Give us a call at (201) 767-3200, or contact us online for a quote. To connect with us online, be sure to follow us on Facebook, Pinterest, and Twitter.